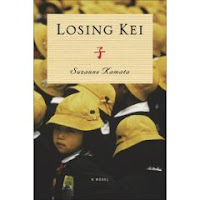 Jill Parker is an American expat artist living in a remote town on the southern coast of Japan and making ends meet as a hostess at a seedy waterfront bar when she meets Yusuke, a sensitive art gallery owner who believes in her talent. As their affair leads to marriage, Jill is convinced that her life has finally opened to real love, to a measure of artistic success, and an insider’s connection to her strange and beautiful adopted culture. Instead she is trapped as she had never imagined. Under the demanding oversight of Okasan, Yusuke’s cold and tradition-bound mother, Jill is expected to apprentice herself to the womanly arts, to sacrifice her life to her husband’s pleasure and the family’s honor. The long anticipated birth of Kei, a beautiful baby boy, only serves to increase her failure in the eyes of the family. Divorce is one way out but according to Japan’s rigid laws, a foreigner has no rights to custody and Jill is essentially told to disappear and leave her child behind. Rendered with tenderness, humor, and an insider’s knowledge of contemporary Japan, Losing Kei melds the off-kilter cultural misunderstandings of Lost in Translation with the wrenching family drama of Kramer versus Kramer and marks the debut novel of an exceptional expatriate voice.

Suzanne Kamata's short work has appeared in over 100 publications. She is editor The Broken Bridge: Fiction from Expatriates in Literary Japan and a forthcoming anthology from Beacon Press Creative Writers on Raising a Child with Special Needs. She is a five-time nominee for the Pushcart Prize and two-time winner of the Nippon Airways Fiction Contest.

Posted by Karina Fabian at 2:53 PM