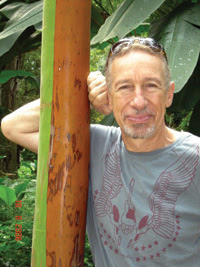 Why did I write The Ovum Factor?

It was a story that came to me in a dream ten years ago and its message has only grown in importance with the advance of climate change and ecological destruction all around us.

What was my favorite part of writing this book?

The Ovum Factor is an eco-thriller, pulsating with risks and dilemmas for the young protagonist, David Rose. Putting his story into words allowed me to live through all the drama and adventure along the way.

What was most difficult?

Deciding how the love interest between David and beautiful Chinese biochemist, Emily Zhang, would resolve itself.

What is the next thing I want readers to know about my work?

My novels will aim to spin compelling tales of love and intrigue, against the backdrop of the major issue facing humanity today - our very survival in the face of ongoing environmental degradation.

What is next for me?

My second novel - The Last Noble Truth - is just about finished and I hope to have it published before the end of this year.
Posted by Karina Fabian at 6:17 AM No comments:

The Ovum Factor by Marvin Zimmerman

Destruction of Earth's ecology threatens the survival of humanity. With time ticking away, a clandestine think tank of scientists and world leaders has identified our last hope - the controversial research of a Nobel Prize - winning professor aimed at unleashing the power of a unique molecule that can alter the course of human history.

When David Rose, a young investment banker from New York, is assigned to evaluate the professor's research, he soon becomes swept up in a whirlwind of international espionage, assassination, and sabotage. David finds himself on a journey that takes him to the unexplored depths of the Amazon in order to fulfill two ancient prophecies for saving mankind and at the same time to realize his own destiny.

From New York to Califonia, from China to the slums of Rio de Janerio, and into the Amazon, the search for the mysterious source of this rare molecule will take you into the heart of the unknown and unseen forces of nature.

The only sound came from the muted ticking of the alarm clock on the night table.
David Rose opened bleary eyes and reached over to scan its face. Not even 5:00. Yet he knew he would not be sleeping any longer. His dreams had been filled with all sorts of
unfamiliar images and faces, none of which he could now recall. He had no desire to return to that chaos.

He lay back, staring blankly at the ceiling and feeling the cooling sensation as the perspiration from his dream evaporated into the dry air of his Manhattan bedroom. Many unrelated thoughts drifted through his mind. But all brought him back to the same basic question. What am I doing with my life?

That question had begun haunting him in recent weeks. He was blessed with all the trappings that defined success in his job as an investment banker. Yet he was far from satisfied. Something important was missing.

He had always imagined a different life for himself. He was a dreamer who wanted to change the world by helping shape the minds of the next generation. This would have made a career in education his obvious choice. But the influence of family had caused him to follow a much different course—one more likely to bring a handsome income. And with his combination of intelligence and intuition, he had excelled at it, in spite of the poor fit with his real aspirations.

While he was reflecting on how life might have been different had he only resisted these external pressures, an unfamiliar feeling began to take hold. It was almost as if some outside force were pulling him from the bed and compelling him to begin his usual morning ritual. He chose to comply even though this would mean arriving at the office much sooner than normal.

He stumbled out of bed and entered the shower, leaving the bright bathroom lights off to avoid the uncomfortable transition from the night. The jets of water cascading over his face and running down his long, lean body provided welcome relief from the tension accumulated in his dream. The shower was a place he could let his mind wander wherever it chose to take him.

Suddenly, standing there in the dark, the warm water pouring over his body, he felt a powerful sense of reverse déjà vu. Not that he had experienced this moment in the past but that he would soon experience it again and in a place far away.

He dressed quickly in his usual light shirt and conservative dark suit. He then decided to skip breakfast to keep his momentum.

As he closed the door of his apartment that cold January morning, David Rose could never have foreseen what destiny had planned for him. He was about to embark on a great adventure that could affect all humanity—an adventure whose origins had already begun seven decades earlier in a village in southern China.

Available from Amazon.com.
Posted by Karina Fabian at 6:41 AM 1 comment: 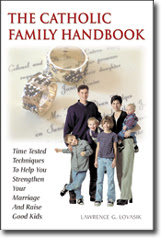 Here is a crucial book for you if you want to shield your family from the effects of our selfish secular culture, which destroys families and poisons relationsships.

In it, Fr. Lawrence Lovasik, the renowned author of The Hidden Power of Kindness, gives faithful Catholics all the essential ingredients of a stable and loving Catholic marriage and family — ingredients that are in danger of being lost in our turbulent age.

Using Scripture and Church teachings in an easy-to-follow step-by-step format, Fr. Lovasik helps you understand the proper role of the Catholic father and mother and the blessings of a large family. He shows you how you can secure happiness in marriage, develop the virtues necessary for a successful marriage, raise children in a truly Catholic way, and much more.

Let Fr. Lovasik strengthen your marriage and family as you discover:
# Three things you can learn from the Holy Family about living as a family today

# The secret of gaining God’s blessing and peace upon your family: do you know it?

# Four crucial lessons no school can teach to your children (only you can!)

# Why marital happiness is not automatic, but must be earned (and how to earn it)

# Common mistakes fathers make that can damage their families irrevocably

# The primary requirement for family happiness: does your family measure up?

# The secret of overcoming the anger that can disrupt any relationship

# Are you selfish? Sixteen searching questions to ask yourself in order to find out

# Four qualities that every good parent has: can you name them? Do you have them?

# Sex education: how to navigate this minefield in a way that’s good for your kids

# Plus much more that will help you imbue your family with Catholic values!


“A masterpiece! The wisdom and insights here are not only an encouragement but also a practical guide for all couples and families striving for holiness in our turbulent age.”
Michaelann Martin
The Catholic Parent Book of Feasts

Posted by Karina Fabian at 5:56 AM No comments: 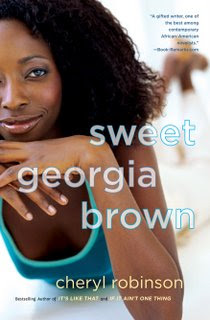 After eleven years of marriage, Georgia Brown is fed up with her husband, Marvin, a popular radio personality. It's not just because she suspects he's having an affair, or because she's suddenly expected to raise his thirteen-year-old daughter, Chloe-whom she never even knew existed. It's because of the comments he makes about her weight, their marriage, and their sex life...on national radio!

Now, to save their marriage, Marvin invites Georgia to the station for an on-air rebuttal, having no idea it will launch her career. Or that what began as a battle at home will now be a blistering war for all to hear . . . 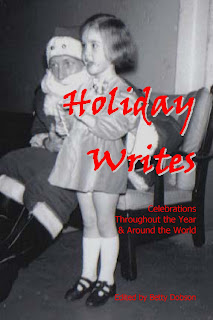 An eclectic mix of essays, poetry, and fiction celebrating the many holidays celebrated around the world and throughout the year.

Order at Lulu.com.
Posted by Karina Fabian at 9:22 AM 7 comments:

Nor Iron Bars a Cage by Caprice Hokstad

Nor Iron Bars a Cage by Caprice Hokstad 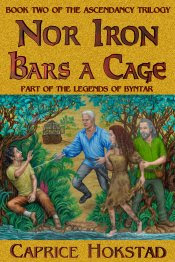 Two baby boys are lost in the hostile country of Ganluc--one the firstborn son of a prince and princess (third in line for the Royal Throne of Latoph) and the other an illegitimate half-breed born to an Itzi slavegirl and fathered by a licentious owner who was executed for treason. Yet Duke Vahn is determined to rescue both of these boys. Scores of knights and bounty hunters have risked their lives trying to retrieve them, yet none can even find a clue to their whereabouts. When all else fails, a bold plan is proposed to send Vahn's most trusted servant posing as a runaway slave in order to gather information. Reluctantly, Vahn sends a strange trio off to Ganluc--his brave captain, a middle-aged healer, and an Itzi slave. Little does he know what challenges await both the trio and his own house, now forced to survive without its key leaders.


Learn more this week at the Christian Fiction Review Blog.

The most economical place to buy Nor Iron Bars a Cage:
http://www.lulu.com/caprice

Heaven is forever--or so we thought.
What would happen if Satan could
obliterate an eternal soul?

All angels have known since their creation that they cannot be killed--
but now Satan is convinced the impossible can be done.
Demons abduct and are able to tear apart the Archangel Gabriel's soul,
leaving Heaven in stunned grief. If angels can be killed, where is God's justice?
Can Gabriel be saved from the void? How can Satan be prevented
from achieving a final victory against God ?

Read the serial at Mindflight Magazine

Buy the Book from Double-Edged Publishing or Amazon.com
Posted by Karina Fabian at 6:49 AM No comments: