It's Not About Me by Michelle Sutton

Annie has it all. She's attractive, graduated with honors, was accepted at the college of her choice, has supportive parents, good friends, and a steady boyfriend who loves her. One night when an unexpected visitor appears, Annie's safe world is destroyed. As she tries to recover the pieces of her broken life, a war ensues between two brothers who both claim to have her best interests at heart. But who will Annie choose? Or will she decide to turn her life in a different direction? 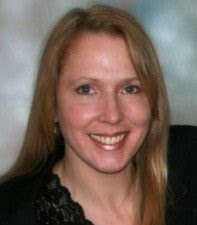 What inspired you to write this book?

It was actually a sequel off a women's fiction series I'd written. A pastor in the prior story is a minor character and he counsels a woman in trouble. I decided to take that pastor and write a book about his sons. Then I thought about my premise. I decided to answer the question...What would a young girl do if her life is turned upside down and her futures plans are ruined? If she's a people pleaser by nature, how would it play out in her relationships? Then I added the real life situation that happened to a friend of my where she was attacked and damaged physically, but she was still beautiful inside. So my story in part addresses how she finds true beauty and also the puzzling question of why God allowed it to happen. There is not a dull page in my book. I guarantee it.

What's your favorite part and why?

I have two favorite scenes. One is a scene containing a botched milkshake and a smoking hot first kiss, and the other is a scene where the one brother finds out what the other brother was doing behind his back.

What was hardest to write and why?

The hardest part to write was the attack scene. I scared the bejeebers out of myself when I wrote it. Then the continual tweaking to get it just perfect and sequential was no fun, but it's worth it because the end result is a frighteningly-real situation.

Thanks for posting this interview.