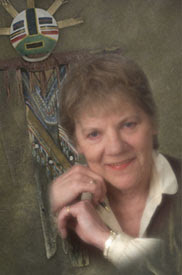 -What inspired you to write this story? I am not really sure Karina. I’d like to cook up some profound answer, but really I just had this character in mind that owned a café. I did a character sketch for how I saw Chaneeta Morgan and started writing. The story just came to be. As weird as that sounds, that is how it happened. I knew it would be about small towns but I didn’t know what was going to happen in the small town this time.

What was the most interesting part of the story for you?

So the characters’ desires or goals – their deep, story–worth-telling goals is the product of the writing and that I enjoy ferreting out.

Who is your favorite character and why?

In this story it’s Chaneeta. I think be cause I identify with her more than the other characters. I don’t know if it’s an age thing or if I’ve some how become involved in her goal. Is it my goal, or is it hers? I don’t have an illegitimate child, I have never been in a racially mixed relationship, I have never robbed a bank—but there are other similarities between her and me. I just like the way she grew into the type of person I wish I was.

What was the hardest part about writing this book? The easiest?

The hardest part I don’t know that there was a hard part unless it was letting the book end. When you spend so much time with your characters they become like family and you want to keep them close – especially the nice ones. I wanted to watch Hope and Dusty’s relationship develop. I don’t know that it will and I was totally surprised by their instant attraction to each other. I may have to explore that in a subsequent book. The secrets are already a series I’m developing so I may just continue with Chaneeta and Hope and see where it leads me.

The easiest? The easiest part was making the twins roles in the story. I modeled them after my sisters in law (twins) and they are pretty much as I portrayed them in the story. They filled the parts I needed so perfectly I only needed to set them on the page and watch them.

What’s next for you?

I always have a couple more novels in the works. The book club selection I’ve got going now The Capricorn Goat ~ ~ January Flannel is available to anyone who wants to sign up at http://billiewilliams.com/BOOKCLUB.html a chapter a week delivered by Constant Contact to your in box — in rough draft form. The chapters are then archived on my web site so anyone can read them all at their leisure.

I also have a series of writing books, three of which are published, Writing Wide, Exercises in Creative Writing; Characters in Search of an Author; and Spice up Your Writing! Write to Entice. Two are in the development stages – Mystery, Muse and Manuscript and Playing with Plays. The first chapters of these five books are the basis for the free 5-week writing course offered on my Pens in Motion website. If anyone is interested they can go to http://www.pensinmotion.com and read more about it and sign up.

I also am working on the second 3-act play for another novel (My Dear Phebe) of a friend of mine (Janet Elaine Smith).
Posted by Karina Fabian at 2:18 PM

Another good interview. Keep writing! You're a good example to learn from.

Aww Thanks Ron that is so kind of you.
Your writing is a great deal of fun to read too I think everyone should take a trip over to
http://here-it-is.tripod.com/kritterwriter
and check you out - speaking of examples to learn from.
Billie

Good questions, good answers. You have succeeded in acomplishing very much. You are like the little engin that could!

Every interview shows a different aspect of you, Billie :-) You, my dear are like a finely-cut gemstone, every facet sparkling brightly!!
Joyce

I enjoy reading about how your characters develope.
Cora