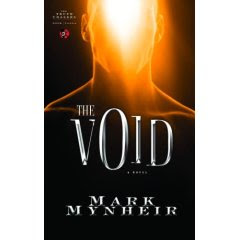 Florida Department of Law Enforcement Agent Robbie Sanchez devotes her life to crime prevention, and it shows: She has no personal life and doesn't know the meaning of a day off. After all, someone has to be around to clean up the mess crime leaves behind. So when Officer Brad Worthington is brutally murdered, Agent Sanchez is called to the scene along with Brad's best friend, Detective Eric Casey. The two turn to Lifetex, the genetics lab near the scene, hoping their elaborate security system might have captured the crime outside. But what is going on inside the lab is far worse: a renegade scientist is cloning humans! As Robbie and Eric pursue clues---and a growing attraction---they are caught in a deadly battle as the clones begin to act on their own volition. But this battle threatens to claim more than human life; the clones are vying for human souls.

Read more at:
The Christian Fiction Review Blog
Back to the Mountains
Queen of Convolution
A Frank Review(Contest on this site!)
Between Sundays
Bibliophile's Retreat

Available at ChristianBook.com
Posted by Karina Fabian at 10:58 AM

Thanks for posting information about The Void, Karina.

Thanks for hosting the tour for The Void on your blog. I'm glad you enjoyed it. Take care, and God bless.