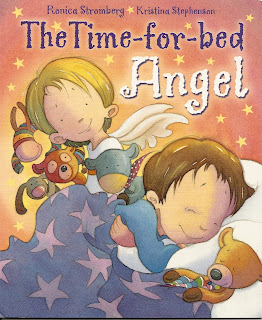 Andrew is an accident-prone little boy who never wants to go to bed. In one humorous scene after another, guardian angel Sam diligently strives to keep Andrew safe until he finally snuggles down to sleep. This beautifully illustrated picture book reassures young children that love encircles them all through the day and night.


An Interview with Ronica Stromberg 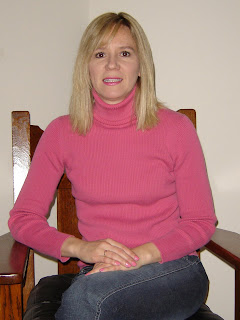 What inspired you to write this story?
I had a young son much like Andrew. One night after I'd already put him to bed many times, I was exhausted and asked, "Don't you think your guardian angel could use a little rest?" We ended up on a discussion of angels, and as I left his room that night, I realized I'd never read a bedtime story with a guardian angel but such a story might be reassuring to children who fear the dark or sleeping alone. I already wrote for older kids and decided to write this story also.

Who is your favorite character and why?
It's a toss-up between Andrew and Sam. The illustrator has depicted them both so delightfully that I love them both.

How have your personal faith and beliefs influenced your story?
The guardian angel in the story evidences God's love for Andrew even when the little boy's behavior could try an adult's patience. I think small children need to be reassured they are loved even when they goof up. And they will goof up. That's part of being a little kid.

What was the hardest part of writing this book?
The book came fairly quickly and easily to me because, as a parent, I already had a lot of material for the book. I think most parents can relate to the scenes in this book. What was more difficult was selling the book to a publisher, and I'm still not exactly sure why that was, other than that any picture book by a new author can be a tough sell.

What was easiest?
Andrew. Resisting bedtime must be a universal trait of small children because the book sold to a publisher overseas and now is being sold across cultures in many different countries. Andrew is a child nearly everyone has witnessed (or were even themselves at some point!). It's just surprising he hasn't cropped up more in children's literature.

What's next for you?
I've switched gears and recently wrote an inspirational romance. I am just beginning to search for a publisher for that.

Posted by Karina Fabian at 6:37 AM