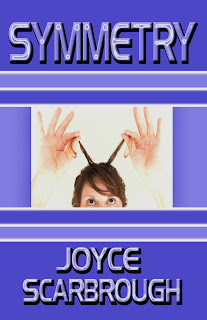 When Jessica Cassady's husband attends a sportswriters' convention and she calls his hotel room in the middle of the night, a woman answers the phone. Lee swears things aren't what they seem, but Jess kicks him out. While she's deciding whether or not to forgive him, she realizes her hair pulling is more than just a nervous habit and finds out she has a condition called trichotillomania. As if that's not enough to deal with, her domineering mother shows up for a surprise visit. Jess tries to avoid her mother's disapproval by attempting to conceal her marriage problems.

While Lee works to win Jess back, things grow even more complicated when she runs into Noah Hamilton, a sweet, unassuming history teacher from her past. Jess's interest in Noah makes her think that maybe--as her best friend Deb loves to tell her--she needs to forego the beefcake brigade and give the sensitive type a try. Conflict escalates when Lee realizes just how much he's lost in losing his wife. Sparks fly as these two polar opposites on the testosterone scale compete for Jess's affection.

Will Jess be able to find her emotional center, decide which man is right for her and finally achieve the symmetry she craves in every aspect of her life?

Why did you write this book? I wanted to create a character who would be a positive role model for people with trichotillomania (compulsive hair pulling.) I also wanted to write an entertaining, humorous story about a young woman going through a trying time in her life.

What was the hardest part? Finding the right balance between making the story entertaining and showing the difficulty of dealing with the hair-pulling disorder. I didn't want it to sound like a public service announcement, but I wanted to do justice to the issue. It's very important to me since I have the disorder as well.

What was easiest or most fun? The love/hate relationship between the heroine Jess and her estranged husband Lee. He's the kind of man who could make anyone pull out their hair! And since Lee is the Master of Malaprops, his dialogue was a hoot to write. You never know what is going to come out of his mouth!

What do you hope people get from your book? Naturally, I hope they enjoy the story and like meeting the characters, but I also hope this book will become popular so that it will raise awareness of trichotillomania in the general public and help remove the stigma from it. It's a disorder that affects over 40 million people worldwide, but very few people really know anything about it.

What's next for you? I'm writing a YA paranormal book. No vampires, just a dead girl with lots of attitude and a penance to pay.
Posted by Karina Fabian at 1:39 AM