Cry of the Cuckoos by John Cargile 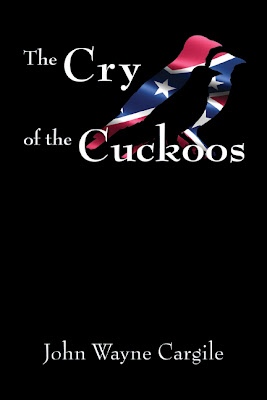 The cuckoo bird is a master of deception, fooling other species in their race to copy their chirping begging call. Donald Drummond and his wife, Anne, chase after the killer of his father, Henry Drummond, but find themselves up against a radical right wing supremacist organization called the Society of Southron Patriots and, like the cuckoo bird, deception is the Society’s mission. The couple unravels a terrorist plot aimed to kill Washington dignitaries at the Super Bowl and delegates at the United Nations. Donald, a retired news reporter, and Anne, a retired school teacher, unfold the mystery leading them on a wild chase from Alabama to Texas. And one of the many murder suspects is Donald’s biological mother, Betty Jo Duke, who he only just met after his father’s death. Donald and Anne are hired as informants by the FBI to unravel the mysterious case and they get a lot more than they bargained for. 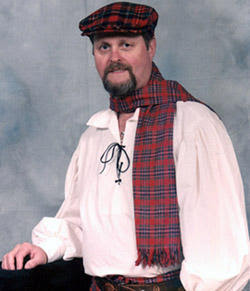 1) Why did I write the book? My late mother, whom the book is dedicated to, and I were working on a historical fiction novel involving her and my father. She gave up custody of me when I was 1 1/2 years old. My father raised me. I saw her only in the summers. After she died, I felt compelled to write a mystery novel. The similarities in my novel somewhat characterize part of the book's mystery. It was not meant to be a mystery until after she died.

2) What was my favorite part? The main character in the book finally unites with his mother for the first time. She is a suspect in his father's murder. This is 61 years later when they meet one another. The first eye-to-eye meeting between the two was awesome.

3) What was the hardest part to write? My father was nothing like the one in the book. He was the exact opposite. It was actually hard because it felt like I was writing about my father and lying about him. I could go into that a little deeper in an lengthy interview, but you would have to read the book first.
4) What do you hope people will get from this? The theme of the book is deceit and foregiveness. No matter what someone else has done to you, you have to be able to forgive, turn the other cheek.

5) What is next for me? I am writing a sequel. The main character is wealthy, getting over a brain stroke. He becomes a New Age writer. The main character will follow his son and new daughter-in-law as they journey into a flawed relationship. His daughter-in-law is actually a half-cousin and the couple have a retarded son. It puts pressure on their marriage, but father is there, and Father Knows Best.

Posted by Karina Fabian at 5:21 AM

Thanks for the plug, Karina. I look forward to answering any questions. I had a hard time with the link. You misspelled blog and it took me to nowhere's land. Might want to check your link to your blog.

Nah, I just suffer from typoese.