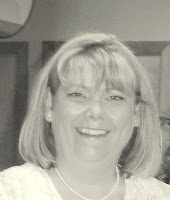 What gave you the idea for Light at the Edge of Darkness?

I can't claim any credit for the "idea" behind LatEoD. Daniel Weaver, who had just formed a critique group, suggested a short story project would be fun for the members. Although I wasn't part of Daniel's group, I did catch wind of the project, discussed some possibilities with he and Frank Creed about publication and then upped the ante a bit -- Daniel thought it constructive to tackle this project as good experience in submitting stories for publication. So, this group of writers sharpened their pencils and set to work writing short stories.

Because this was a critique group, as soon as stories were completed, the group turned their focus to critiquing. The result was some excellent examples of Biblical speculative fiction (sci-fi, fantasy, horror, cyberpunk, supernatural, dystopia, etc.). I still refer to the anthology as "Daniel's Project."

How did you find your contributors?

Once the anthology project was announced, most (if not all) members of the critique group were enthusiastic about participating. Then, members were encouraged to invite other writers with whose work they were familiar and the numbers swelled as people were invited from other Christian groups. The project was also announced at the site of "The Herscher Projects" which is a private group of speculative fiction writers chosen from Elfwood (the world's largest on-line sci-fi - fantasy community).

Once the stories were honed, they were submitted to me and using criterion-referenced evaluation, I chose the resulting selections. We had considered a "democratic" selection involving all the authors, and although we did this for fun, I made an executive decision -- there were too many variables to consider the democratic approach viable.

There was one exception to the above process as I wanted a headliner for the anthology. "Undeniable" a novella by Canadian horror writer A.P. Fuchs, was a comissioned work.

What was the most fun about putting the anthology together?
That's easy . . . having a job that entailed reading all the stories! I have to confess, prior to reading the submissions, I was not a fan of Christian nor speculative fiction--and certainly not horror. When I found myself immediately caught up in each of the "winning" stories, I knew I had found treasure! I never dreamed I'd be captivated by Biblical speculative fiction!

What was the toughest thing about putting the anthology together?

1. For three months I was just itching to read the stories, but couldn't. I purposely kept my distance from the critique rounds in order to view each story at its very best. I knew from experience that it is very easy to develop biases. For instance, I see an original draft that is very rough and then read it again as a submission and think, wow! has this ever improved. It would be so tempting to accept the story based on the effort put into improvements. The other side of the coin would be to read an original draft that holds real promise and come submission reading time, not pay as close attention to the story as I should.

2. The toughest part was making a final decision about each story and then having to inform each individual about my decision; many fine stories had to be turned down.

Why do you feel there's a need and a place for works like LatEoD?

To answer this I have to take a step back. The Christian community is, unfortunately, suspicious of this genre (as a matter of fact, much in the same way as alternative Christian music was viewed 15 years ago). The big CBA publishing houses are reluctant, to put it mildly, to take a chance on spec-fic, because they don't see a huge market for it. However, there is this huge untapped market of speculative fiction fans who are limited to reading secular works, many of which are anti-Christian by nature. What if they realized that literature existed that reflected their traditional values and was respectul of their Christian worldview?

Well, I didn't have to go very far in my research to hear the same thing over and over: I'd snap up a volume (or novel) of Biblical speculative fiction (stories) in a moment! but I can't find any. Yes, I realize that there exists some excellent work that fits this criteria, but one wouldn't know it by searching in a Christian book store! This, of course, presents a new problem: to make the availability of this genre known to the market. The whole raison d'etre of the Lost Genre Guild is to band artists together with the goal of promoting speculative fiction, making the market aware that the genre is available.

Glad you asked! In the immediate future, look for the release of Flashpoint, by Frank Creed this fall and League of Superheroes by Stephen Rice this winter. Plus The Writers' Cafe Press has an ace up its sleeve, but ya'll are going to have to wait and see what it is!
Posted by Karina Fabian at 8:14 AM

Thank you so much for all your hard work and effort on our behalf! I really really appreciate it.

Great questions and tight answers. This is exactly what will finally make Christian readers realize that speculative fiction is the most powerful worldview genre.

That was a very interesting interview. I enjoyed it very much.