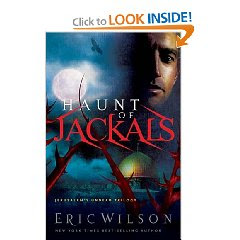 When Jesus was resurrected, ancient scripture says many rose from the grave. Today, 36 from this group of undead remain. Known as the Nistarim, they are here to watch over the world.

When Judas hung himself, his blood mysteriously gave rise to another group of undead: the unholy Collectors. Now very much alive, they feed on souls and human blood.

Both groups of immortals still walk among us in an eternal struggle. Now both are after a single target--a boy named Pavel who may possess the key to the Collectors' unlimited power...or ultimate downfall.

Gina, a woman fleeing for her own life, is determined to protect the boy at all costs. She has survived one battle with the undead already, but has no idea how long she'll be able to stay a step ahead of them.

The Jerusalem's Undead Trilogy takes readers on a riveting journey, as imaginative fiction melds with biblical and archaeological history.

Great summary! Truly. It is hard for me to summarize this one. Great post.

Good job. I like what you're doing here. I'm getting into reviewing as well. I review a lot of different kinds of books, but mostly in the Fantasy genre. Come over and check it out at http://pagesofdiscovery.blogspot.com.

LOL. I cheated. This came off the Amazon page. I'm sure folks can find some great reviews on the other links, though!