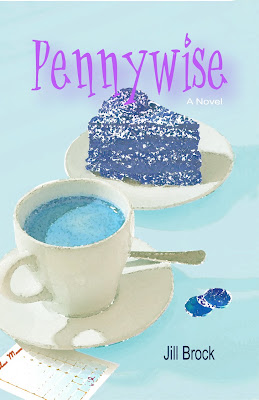 What would you do for your best friend? Would you break the law, put yourself in danger, or put your own emotional and mental meltdown on hold? Odessa Wilkes is about to find out when she helps her best friend, Maggie Swift find her missing husband. Roger Swift is gone and emptied out the checking account. He's left his wife clueless and in near hysterics. Maggie comes to Odessa for help and she can't say no. She should say no, because she has problems of her own. Odessa, a lapsed African American Princess, has been dumped by her 'perfect' boyfriend, lost her six-figured advertising job, and is dealing with an anxiety disorder that turns her to Jell-O when anything gets too 'intense'. She has been reduced to making desserts at her family restaurant and working for her overbearing sister, Candace. Friends since high school, Maggie and Odessa go in search of Roger with Maggie's mischievous eight-year old son Rocket in tow and the family dog. Standing just over five feet tall and a dead ringer for redheaded Tinker Bell, Maggie is determined to find Roger. Armed with a copy of 'An Idiot's Guide to Private Investigating' and Maggie's contagious enthusiasm, Odessa knows it's only a matter of time before they find trouble. Trouble comes in the form of an inept kidnapper, a valuable missing treasure, an ex-boyfriend, insurance fraud, and the improper use of pepper spray. Eventually, the two amateur detectives learn they are more than capable of finding Roger. More importantly, what Odessa finds is the way back to herself and the possibility of a new chance at love.

Available at Amazon.com
Posted by Karina Fabian at 9:02 AM